Ankara doesn’t have much time and the patience over the safe zone that is to be established along the Turkish border with Syria, Turkey’s President Recep Tayyip Erdogan says. 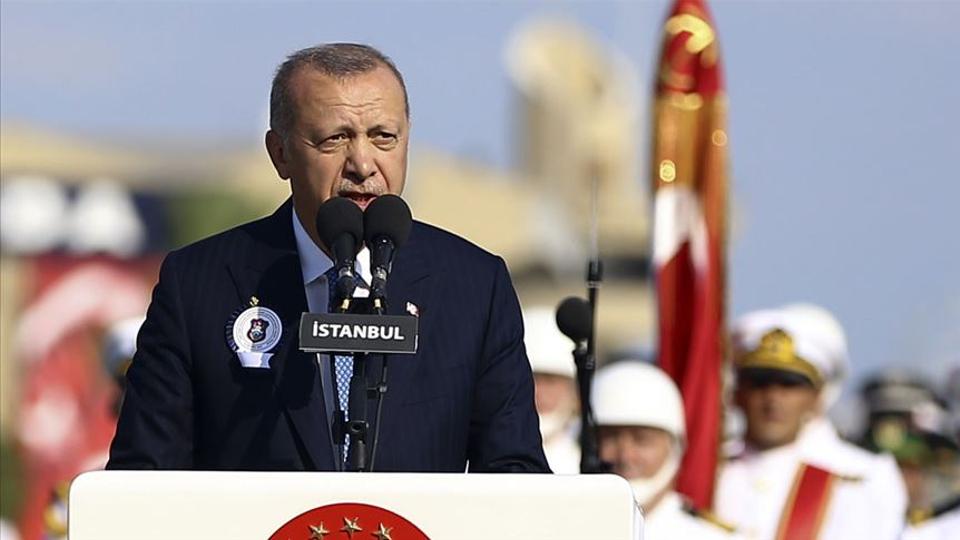 President Erdogan says Turkey to apply its own plan of action if Turkish soldiers not allowed to control safe-zone in Syria. (AA)

Turkey will apply its own plan of action, if Turkish soldiers are not allowed to control safe-zone in Syria, Turkish President Recep Tayyip Erdogan said on Saturday.

“Turkey has no time and patience and it wants safe-zone to be built along eastern Euphrates line, along Syria, as soon as possible,” he said.

Syria has been locked in a vicious civil war since early 2011 when the Bashar al Assad regime cracked down on pro-democracy protests with unexpected ferocity.

Since then, hundreds of thousands of people have been killed and more than 10 million others displaced, according to UN officials.

Since 2016, Turkey has conducted two major military operations in northwestern Syria — Operations Euphrates Shield and Olive Branch — to purge the region of terrorist groups Daesh and the YPG, which is the Syrian branch of the terrorist organisation PKK.

In its more than 30-year terror campaign against Turkey, the PKK — listed as a terrorist organisation by Turkey, the US and the EU — has been responsible for the deaths of some 40,000 people, including women, children and infants.

US forces attacked militants’ leaders in Syria on Saturday, the Pentagon said, in what a battlefield monitor called a missile strike that left at least 40 dead.

The US Defense Department said the attack targeted leaders of Al Qaeda in Syria north of Idlib. It did not say what kind of weapon was used or give any details.

The missiles targeted leaders of militant groups and allied factions near Idlib, the Syrian Observatory for Human Rights said.

Syrian regime air strikes on the rebel-held Idlib region had stopped on Saturday, after the regime agreed to a Russia-backed ceasefire following four months of deadly bombardment, the monitor said.

But “a missile attack targeted a meeting held by the leaders of Hurras al Deen, Ansar al Tawhid and other allied groups inside a training camp” near Idlib city, said Rami Abdel Rahman, head of the Observatory.

The attack killed at least 40 fighters, the Britain based monitor said.

The US Central Command said in a statement that the attack targeted leaders of Al-Qaeda in Syria (AQ-S) “responsible for attacks threatening US citizens, our partners and innocent civilians. Additionally, the removal of this facility will further degrade their ability to conduct future attacks and destabilise the region.”

The Scottish convert who governed Medina

Museum dedicated to Ottoman Sultan Mehmed the Conqueror opens in 2021

Ottoman bridge in Bulgaria to be revived

So is Regional integration the only way out for post-Ottoman states?

TRT Bangla is one of the top-ranked news portals which is publishing the contemporary news of Turkey, middle-east and all over the world.
Contact us: write@trtbangla.com
© Copyrighted by: TRT Bangla Developed by 360locker.com